Founders Of The Daughters of Charity 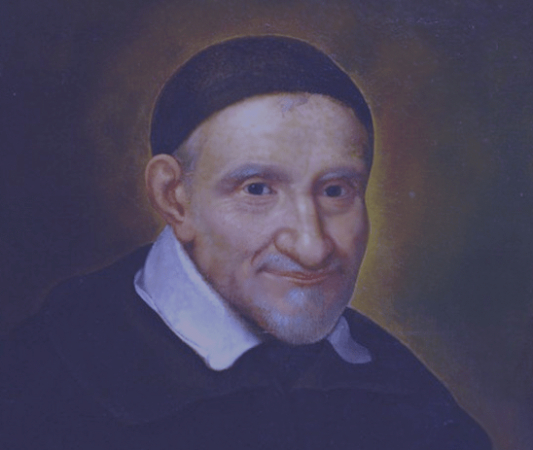 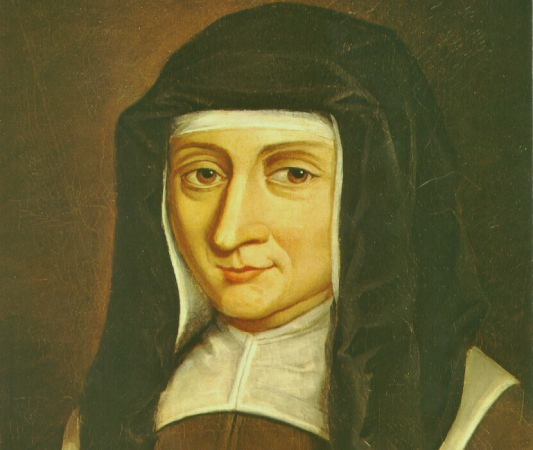 St. Vincent de Paul is almost a household name in many parts of the world today as he is widely known as the patron of all kinds of charitable works.
Vincent was born on the 24th of April 1581 in Pouy, Southern France, son of peasant farmers. At his early age, he proved himself a scholar, his father later sacrificed the best of his life stock to send him to the University of Toulouse to study for the priesthood. Priesthood in those days was a means of obtaining wealth and position. After his ordination, Vincent underwent many difficulties, humiliations and sufferings and was even captured into slavery. But God intervened in Vincent’s life as he was forced to re-examine his goals and life style. He realized that his desire for wealth was at the root of his inner conflict. To be free of it, he gave all his money to the most needy and found Christ in a new way- IN PERSONS WHO ARE POOR, whom he called his “Lords and masters”.
Vincent extended his activities to every form of suffering humanity, alleviating their misery and above all, defending their dignity and rights. Vincent was very zealous in bringing God to the poor. He needed Priests and brothers to help him bring spiritual needs to the poor, so in 1625, he founded the Congregation of the Mission (Vincentian Fathers and Brothers) .
As the works of the poor became immense and diversified, he tried to stir up in the rich an awareness of the misery and wretchedness of the oppressed and marginalized. Some great ladies came to Vincent’s assistance and with them he established the Confraternity of Charity (Ladies of Charity). These were women of noble class. Although the Ladies of Charity were rendering great services to the poor, Vincent was not satisfied with their method of service since the ladies often had no personal contact with the poor but sent them food and drugs through their maids. Vincent prayed for young girls who would dedicate their lives entirely to God for the service of the poor. Eventually a group of young village girls gathered and Vincent could not find a more worthy person to train them than Louise de Marillac, whom he had worked closely with for some time. This was the beginning of the Daughters of Charity. Vincent guided and directed these young women and entrusted them to the spiritual and all round formation of Louise de Marillac.
Vincent died in 1660 and he was proclaimed a saint in 1737. He was named the patron saint of all works of charity by Pope Leo XIII. His feast is celebrated on the 27th September, the anniversary of his death.

Born out of wedlock in Paris in 1581, Louise never knew who her mother was but was acknowledged and raised by her father, a member of the aristocrat. When her father married, Louise had a difficult time adjusting. Consequently, she was sent as a resident student to a Dominican convent where her aunt was a religious. This experience deepened Louise's introspective ways, her many intellectual skills, as well as her desire to be a religious. When her father died and resources were limited, she lived in a boarding house where she had the opportunity to learn many basic domestic and organizational skills, as well as the secrets of herbal medicine. This experience rounded out her classical, upper-class education and prepared her well for her future service. At 22, she was given in marriage to Antoine le Gras, secretary to the queen. They had one son. Her marital happiness was short-lived because of Antoine’s poor health. She was widowed after twelve years of marriage. Louise underwent great sufferings and took a vow of widowhood so as to be more disposed to serve God and deepen her prayer life. At this time, she became acquainted with Vincent de Paul. Under Vincent’s spiritual guidance and inspiration of the Holy Spirit, God fashioned Louise into a strong dynamic apostle and deeply contemplative woman of prayer.
In 1629, Vincent de Paul invited Louise to assist him with the Confraternities of Charity in the parishes of France. These tasks were therapeutic for Louise and formative for her future work and that of the Vincentian family. She conducted site visits to assure the quality of the service being offered; reviewed financial accounts for stewardship reports; and encouraged the workers and volunteers to see Christ in those whom they served.
Through this work, she gained a deep knowledge of the needs of the poor, developed her own innate managerial skills and identified effective structures for service. On November 29, 1633 in her own home she began to train young women to address the needs of the poor and to gain support from their life together. From this humble beginning, the community of Daughters of Charity emerged. Louise provided leadership and expert management to the evolving network of services she and Vincent inspired.
She died on March 15, 1660 just a few months before Vincent de Paul, and was proclaimed a Saint of the Church in 1934. In 1960 Pope John XXIII proclaimed her the Patroness of all Social Workers. Her feast day is kept on the 15th of March, the anniversary of her death.


Words of our Founders (Qoutes):